I just had a close relative point out to me that a young, beautiful new mom we just met at the pool last week, who had a body any woman would die for,  and had flawless pale skin, was a VEGAN!

Aha!  That’s why she looked so sickly, weak and fragile, she implied!

Now, since 2/3 of U.S. adults are overweight or obese http://frac.org/initiatives/hunger-and-obesity/obesity-in-the-us/ a shift has happened.  People in the healthy weight range are the minority and judged negatively.  I immediately pointed out that may be the  stereotypical image of what a vegan looks , actually the opposite is true.  I noted that Venus and Serena Williams are vegans, and became so after Venus was diagnosed with Sjogren’s syndrome in the hopes of getting back on the court.  Venus became vegan in support of her sister.

The article below was written in January, 2012.  I guess veganism worked!  Laura

LOS ANGELES: Tennis stars Venus and Serena Williams have turned to a vegan diet in order to help heal disease, reports this past week indicated. Venus, the elder sister, was diagnosed last summer with Sjogren’s syndrome, which leads to muscle inflammation and fatigue that many thought would end her career.

The vegan diet, however, is the hope for the Williams’ sisters to get Venus back on the court. And they are serious about the diet, shunning all animal products and embracing an entirely raw-vegan routine.

Although Serena has not been diagnosed with the same disease, she has adopted the diet in support for her sister. The two have already reported a decrease in fatigue levels and hope Venus will be back on the court soon.

Named for Dr. Henrik Sjögren, Sjogren’s syndrome primarily attacks the glands which produce tears and saliva. It can manifest alongside other autoimmune diseases, like lupus or rheumatoid arthritis, which seems to be the case with Venus.

There’s no known cure for Sjogrens as it involves the cells of the body mistakenly attacking other cells in the body, there are lifestyle and home remedies that are recommended, including diets such as veganism, which help aid in decreasing joint inflammation.

While the diagnosis sounds scary, Venus told People magazine that she actually felt relieved when pain and exhaustion, which had previously stumped doctors, was finally attributed to a known disease.

“I just want a chance to play on the same field as other people, I want to feel normal, but as frightening as the diagnosis was, it was also a relief.” she stated.

The diet is unlikely to cure the disease completely, but doctors are optimistic that the choice to remove animal products from the sisters’ routine will assist Venus in recovering and being able to continue her career. 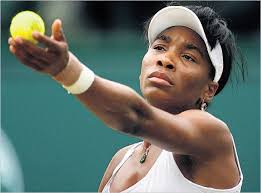 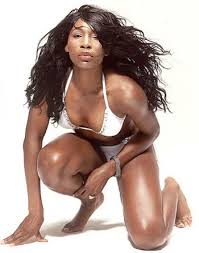