Weight Loss and a Low-Fat Diet May Limit Hot Flashes

Losing weight by eating a low-fat dietmay reduce menopausal women’s symptoms of hot flashes and night sweats, according to a new study.

The researchers studied 17,473 women and found that those who lost either 10 pounds or 10 percent of their body weight were 89 percent less likely to have hot flashes or night sweats one year after the weight loss, compared with women who didn’t lose any weight. Women who lost more than 22 pounds experienced an elimination of their symptoms altogether, the studyfound.

The women ate a diet of low-fat, high-fiber, whole-grain foods, and were not taking hormone therapy.

Because fat insulates the body, increased body fat may worsen hot flashes and night sweats, which are caused by a complex interaction between hormones, brain chemicals and sweat glands during menopause. The less fat a person has, the more easily the body can dissipate heat, Caan said.

The researchers noted that two-thirds of people in the U.S. are overweight, and according to Axelrod, could benefit from weight loss. It’s been shown that women who are overweight experience more severe hot flashes, Axelrod added.

It was not only the amount of weight loss that made a difference among the women in the study — the low-fat diet itself seemed to have an effect.

The results of the study are impressive due to the large sample size, according to Dr. Deborah Axelrod, director of Clinical Breast Programs and Service at New York University Langone Medical Center, who was not involved in the study. But Axelrod also noted that of the women involved, only 26 percent reported having any menopausal symptoms at all, only 1 percent reported severe symptoms.

Previous research has linked higher body weight and weight gain to worse menopausal symptoms; this is the first study to suggest that eating a healthy diet and losing weight can reverse these symptoms.

While there are other treatments for menopause symptoms, such as hormone replacement therapy or other medications, a low-fat diet may be a non-drug option for women, according to Axelrod.

The researchers used data gathered during the Women’s Health Initiative Dietary Modification trial, in which researchers tracked U.S. women between 1993 to1998 to study the effect of a low-fat diet on a variety of health concerns, including heart disease to cancer risk.

Weight loss was not a goal of the diet, which focused on reducing fat and increasing whole grain, fruit and vegetable consumption, but participants on the diet lost an average of 4.5 pounds yearly, the researchers found.

The study is published today (July 11) in the journal Menopause.

Pass it on: Eating a low-fat diet with plenty of fruits, veggies and whole grains could lower menopausal women’s hot flashes and night sweats.

Editorial Note: This article has been updated to include Axelrod’s comments.

Cattlemen’s Association Has Beef With Study

If you saw the recent 60 Minutes segment by Dr. Sanjay Gupta on the dangers of sugar, you might be scared off the sweet stuff for good. It causes heart disease, diabetes, obesity, and cancer and it makes super bad, super dense, super dangerous cholesterol particles. The data is pretty strong on this. Scientists even locked kids in a hospital, fed them sugar and measured their blood every 30 minutes. It didn’t take long for things to turn bad inside.

Read the rest at:  http://californiawomensconference.com/blog/item/diet-drinks-helpful-or-harmful-to-kick-the-sugar-habit

57 Health Benefits of Going Vegan as Taught to Nurses 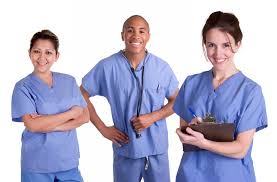 Vegans are frequently misunderstood as fringe eaters with an unnatural passion for animal rights. While many vegans do feel passionately about animals, its time for others to see that a vegan diet and lifestyle go way beyond animal rights. Following a healthy, balanced vegan diet ensures a host of health benefits as well as prevention of some of the major diseases striking people in North America. Read these blogs to find out about the health benefits or going vegan or just provide better information to your patients.

All of the following nutritional benefits come from a vegan diet full of foods such as fresh fruits and vegetables, whole grains, nuts, beans, and soy products.

Eating a healthy vegan diet has shown to prevent a number of diseases. Find out from the list below what you could potentially avoid just by switching to a healthy, balanced vegan way of eating.

In addition to good nutrition and disease prevention, eating vegan also provides many physical benefits. Find out how a vegan diet makes your body stronger, more attractive, and more energetic.

Too Much in the American Diet

The typical American diet not only consists of too much food, it also relies on too much of unnecessary food products or toxins. The following list explains how a vegan diet can eliminate these problems.

In addition to the health benefits above, following a vegan lifestyle and diet also provides these benefits as well. From helping the environment to avoiding serious bacterial infections, learn other benefits to eating the vegan way below.

Read the rest at:  http://www.nursingdegree.net/blog/19/57-health-benefits-of-going-vegan/

Why Our Food is Making Us Fat

This is such a good article.

America’s restaurant portion sizes are out of control and our waistlines are showing it!  Do you know how many servings are in a pasta entree at your favorite chain Italian restaurant?  Four!  Some helpful tips to navigate eating out:

1.  Do Your Homework:  Look up the restaurant’s website and check out the nutritional info.  Make the decision at home, not when you’re hungry and everyone else wants you to hurry up and order.

2.  Call ahead and ask if they can accommodate vegans, vegetarians or whatever dietary restrictions you follow.  I’ve been automatically put right through to the chef!  He was so kind, said he prepares vegan dishes often and has some regulars that are vegan also.

3.  Ask the server to box half the entree before it is brought to your table or split it with someone at your table.

4.  Order an appetizer as your entree.

5.  Ask lots of questions.  How is it prepared?  Ask for no oil or butter, cheese, or sauce, etc.  Restaurants want return business.

6.  Look for ingredients used in different dishes and ask the chef to use the individual ingredients in one dish for you.

7.  Be pleasant to your server.  They want to please you.

Want to lose weight for summer but can’t find the motivation to start making healthier choices?  How about reducing your Breast Cancer Risk?

CLEVELAND – Need a reason to drop a few pounds? A new study finds that even a moderate decrease in weight could help reduce breast cancer risks.

Researchers at Fred Hutchinson Cancer Research Center in Seattle compiled date from sedentary post-menopausal women who were overweight or obese.

They found even a five percent, weight loss can reduce the levels of circulating estrogens. Those hormones are linked with an increased breast cancer risk.

Researchers said a healthy diet is also key and that it’s never too late to make lifestyle changes.

The study is published in the Journal of Clinical Oncology.

Study predicts 42 percent of Americans will be obese in 2030

Have you seen this today?  If this doesn’t stop, it will bankrupt our country.

CBS This Morning did a great job helping us visualize this.  Check out the links below.

HBO’s The Weight of the Nation

Cant’ wait to see this. Looks like it will be great.